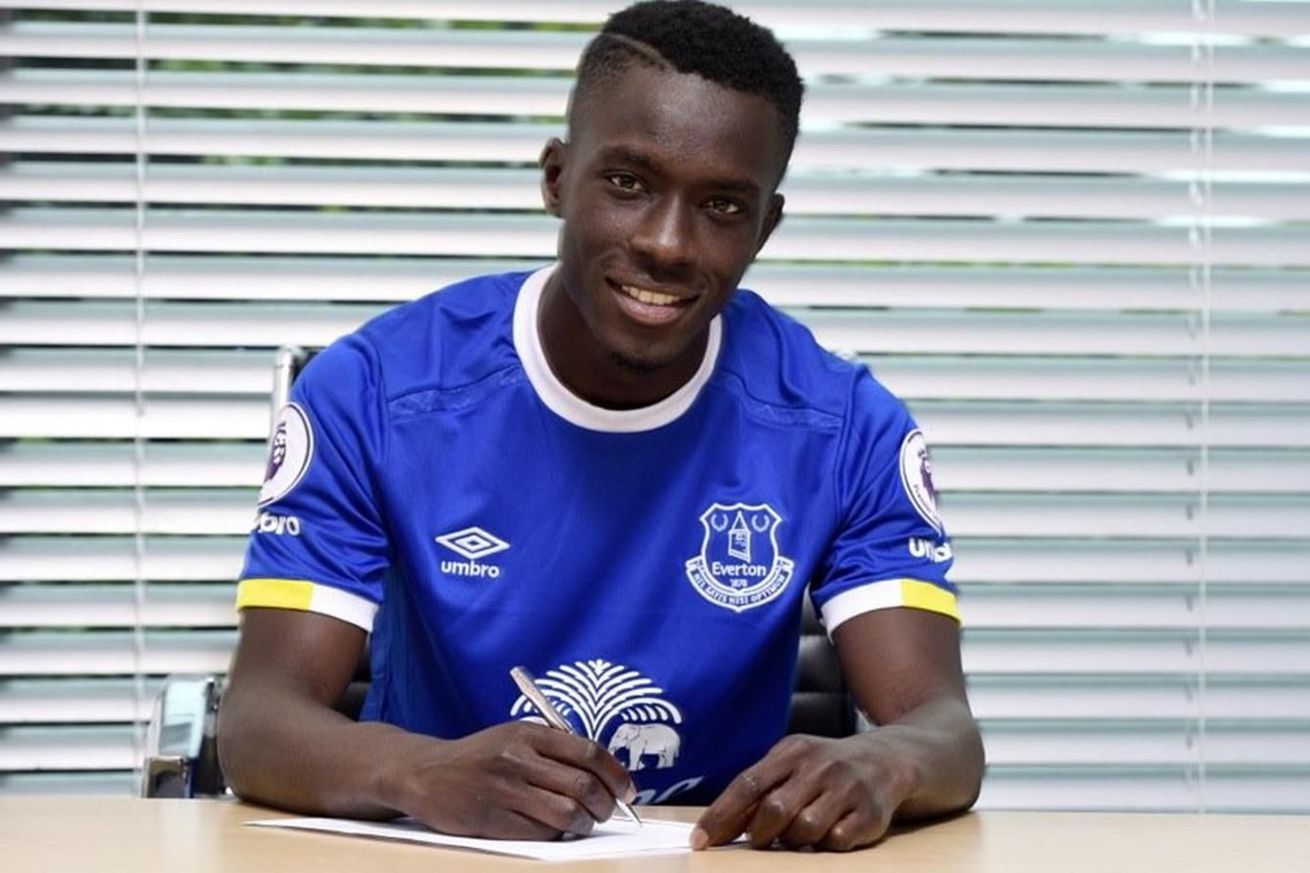 Gareth Barry, 35. The Premier League’s active appearance leader will return to the fold yet again in 2016/17. There are still things that Barry does well—he is tidy in possession and consistently is among the best at his position in hitting accurate long balls. His leadership and experience are valuable assets on and off the pitch.

With that being said, Barry’s age has shown through little by little each season since his arrival three seasons ago:

It’s not an extremely drastic decline, but with age he has become less and less mobile and more and more one-dimensional. This was especially apparent last year, when often he appeared a step or two behind the play. At this point his place in the starting lineup should be in question.

Muhamed Bešić, 23. I’m not sure I have much here to add to what I wrote about the Bosnian just two months ago in the 2015-16 Season Review:

Bešić only logged about the half the minutes he did last year, but in that limited time he showed some improvements from his erratic first season–he fouled less, was dribbled past less, hit more key passes, and maintained an impressive tackle and long ball output. With that being said, he is still dispossessed far too often, and the tape shows a player that is still very prone to being caught out of position and lacks the discipline of the more cultured players in the league at his position. As such, Bešić remains an interesting but somewhat frustrating player with tons of potential but obvious persisting weaknesses

James McCarthy, 25. Much like Gareth Barry, McCarthy has experienced a drop in performance over the last two seasons:

Unlike Barry, however, McCarthy is still just 25 years old. In fairness to him as well, he is the type of player whose statistical profile can belie his true impact on the field in ways that doesn’t happen with other players. By that I mean is more or less an “all-around midfielder” (I said the same about Axel Witsel earlier this summer), and players like him tend more to do things that are harder to quantify.

With that being said, I think anyone watching him last year would agree that he was off, or that it was rarely clear what exactly he was providing to the team. With the entire midfield in disarray under Martínez though, I’m eager to see what he can do under Koeman in hopefully what becomes a more solid setup.

None. There were rumors of a Stoke inquiry for McCarthy, but they appear to have come to nothing, and the Irishman has retained his number 16 shirt heading into August.

Idrissa Gueye, 26. With Aston Villa looking at life in the Championship this season, Everton were able to activate the Senegalese’s £7.1 million release clause this week. Numerous comparisons have been made with Premier League winner and now-£32 million man N’Golo Kanté, mostly based on their massive tackle and interception output this past season.

There’s a lot to be said about comparing tackle and interception numbers, especially between a player on the league winners and a player on the worst team in the league, but neither Villa nor Leicester were possession-based teams (for very different reasons), so at least in that sense we might be on statistically sound footing here. Furthermore, they’ve profiled similarly at different points in their careers:

Mohamed Mohamed put it thusly on Statsbomb a few months ago:

Both came from Ligue 1 last summer, have basic statistics that resemble each other and one of them has been relegated to the 2nd division while the other has been praised to the moon for starring in the most unlikely English champions in decades. I don’t think Gueye is quite as good as Kante in terms of creating counter attacks from his defensive actions, but even if he was it wouldn’t have mattered because Aston Villa were one of the worst attacking teams in recent Premier League memory.

In any case, both the tape and the numbers seem to indicate that Gueye was a great value and a position of need. I would expect him to walk into Everton’s starting XI.

Defensive midfield was an absolute mess for the Toffees last year. In talking about the Everton defense in February, I brought up the work of Thom Lawrence aka Deep xG, which is again relevant here.

At the time he was using a metric called PATCH (possession adjusted territorial control held) to look at how well individuals and teams prevented ball progression through their defensive territories, where defensive territory is the space within which players record defensive actions. Long story short, Everton measured up poorly in a few different variations of the metric, lending credence to a conclusion most of us had already come to by watching the team on the pitch: they were extremely easy to penetrate.

To be sure, this was an issue all over the pitch, not just at defensive midfield. However, the area in which the number 6 operates is absolutely crucial for prevention of box penetration and even in a disorganized defensive system, energetic and intelligent defensive midfielders can go a long way towards shutting down opposition attacks. At Everton last season this was not the case, with Barry in particular the poster child: lots of tackles, but a low amount of interceptions and a high frequency of being dribbled past.

In short, none of Everton’s midfielders were picking up the slack they needed to. Here’s Rob Brown of SB Nation’s Chelsea blog We Ain’t Got No History describing the issue in a match preview last season:

Despite the ease with which the opposition can get past Everton’s front four, the Toffees' defenders and midfielders don’t seem interested in raising their own levels of aggression and concentration beyond committing themselves to tackles. They have made the lowest number of fouls per game in the league, the second lowest number of interceptions, and they make a surprisingly low number of clearances based on the areas their opponents attack from. Put simply, anyone and everyone can play through Everton one player at a time and create good chances.

Koeman should go a long way towards rectifying this—in the past his teams have been much more organized both in terms of compactness and pressing than Everton ever was under Martínez. If he does institute a more complex defensive system, he will likely need a player much more mobile than Barry at defensive midfield, a player who can react quickly to positional movements and who can counterpress effectively to create attacking opportunities.

This is where Gueye comes in:

In theory the new signing should slot in quite well to the changed defensive setup and allow Koeman to do some of the things he was able to do first with Morgan Schneiderlin and then with Victor Wanyama. We could see Gueye in the usual double pivot along side McCarthy in a 4-2-3-1, or possibly in a midfield three with Barry or Bešić.

If Everton are to improve upon last year’s woeful defensive record, they are going to need significant improvement out of this position. Koeman will be asking his defensive midfielder(s) not only to clog the central areas in defense but to be heavily involved in snow buildup play, transitions, and counterattacks. There’s reason to believe that Idrissa Gueye is a good signing for all of these reasons, but the continued development of Muhamed Bešić and a bounce-back season from James McCarthy will all be necessary as well if the Toffees are to take back the midfield. One can’t rule out a renaissance for Gareth Barry, but he can no longer be counted on to be the guy week in and week out.